IPAs are the gateway drug of the beer connoisseur world. If you want to impress that certain special beer nerd in your life, (a scenario, I concede, which is highly unlikely) go ahead and guess that their favorite beer style is an IPA. Nine times out of ten you’ll be right. And if you’re wrong, you can simply claim that their palate must not be refined enough to appreciate the subtle complexities of– blah, blah, blah. You win (and lose) either way!

Please don’t misunderstand me. I’d marry an IPA if it weren’t for that stupid DOMA, but to put the over-hopped palate bazookas common to the American beer market up on some kind of pedestal is to miss the forest for the trees. I blame this on Stone’s Arrogant Bastard Ale which was not only one of the first stupidly hopped yet widely available beers, but also cleverly used the copy on the bottle to aggressively dare the consumer to buy it. This effectively equated buying and drinking beer with some kind of test of moral fiber and manliness, a test that was whole-heartedly embraced by beer snobs everywhere, most likely due to the high pass rate.

Or it could just be because hops occasionally smell like weed.

But I digress. I recently had a Hoponius Union from Jack’s Abbey and was pleasantly surprised at how refined and elegant it was despite the cringe-inducing “Wicked Hoppy Lager” description. 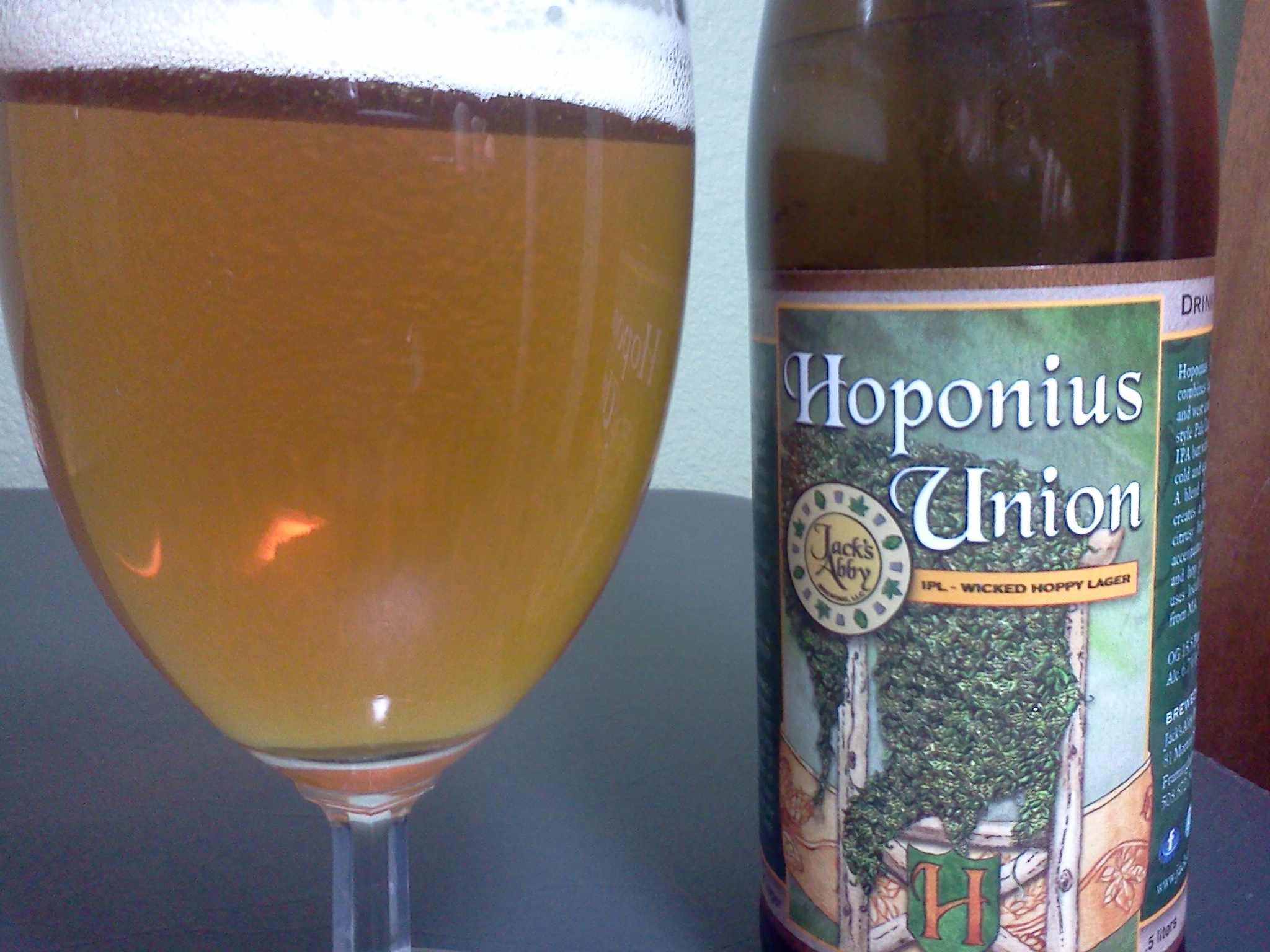 If you read or watch any of the rather colorful reviews of this beer, you’ll notice folks making a big deal of the fact that this is an IPL (a made up style), not an IPA. While I grant that lager yeast would probably contribute to smoothing out an otherwise rough and tumble ale, I’m more impressed with the local spelt used in the grist. I have no clear idea what spelt on its own actually tastes like, but I’m fairly certain it has more to do with the ultimate flavor of the beer than the yeast. Particularly since lager yeast impart less flavor than their top-fermenting brethren.

Regardless of yeast type or grain bill, most likely it’s great because Jack’s Abbey knows what they are doing. I’ve only had this one beer from them but I love it and want to put it in my breakfast cereal. And for the record, I totally support their drink local mission despite taking this beer three thousand miles from the source prior to drinking it.