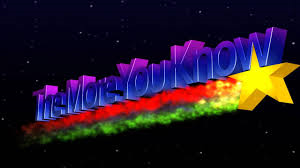 As the pellets vs. whole leaf “debate” rages on little attention is paid to the lowly hop extract. First devised in the 1870s by the New York Hops Extract Company in Waterville, New York, hop extracts have gone in and out of vogue for the past 140 years.

Hop extracts are not sexy and I’d forgive you, the enlightened craft beer connoisseur,  for immediately thinking so poorly of them. But the fact of the matter is that hop extracts are a real and viable product in the brewing industry.

Initially, the essential oils were extracted from hops by immersing them in a solvent of naptha. Yes, that naptha. It wasn’t until 1977 that extraction was accomplished with more “natural” solvents, specifically carbon dioxide. This is now the predominant method for hop extract, um… extraction.

Yes, the big breweries love these “advanced hop products” and use things like rho, tetra, and hexa extracts to introduce hop bitterness with no fear of skunking. But as the market matures many craft breweries are becoming hip to the benefits of hop extracts. Russian River, Lagunitas, and Surly have all copped to using extracts for their hop bombs for reasons related to both flavor and production concerns.

Oh yeah, 200 words in and I found this blog post that had already stated everything I had and more. And it’s three years old. I’m so money.